Aurélien Djani Tchouaméni is a young French footballer who is climbing footballing world pretty high. His soccer career is explained in detail in the article. Aurélien Tchouaméni is well-known for his creative and belligerent style of play which has led him to be labeled as one of the best young players in the world.

Tchouaméni who plays as a defensive midfielder was in top form for the ligue1 side Monaco and is in talks with the Spanish giants Real Madrid for a whopping transfer fee of around 80millions. Tchouaméni has already represented in 25 matches for the French national team and made everyone his fan with his forthright defensive approach. Aurélien Tchouaméni is Cameroonian born French international. He was born in Rouen, Seine-Maritime, but grew up in Bordeaux, Gironde. Tchouaméni belongs to a well-educated family. His father, Farnand is a pharmacist, working as a manager in a pharmaceutical company.

Tchouaméni’s mother is a senior education advisor. He was only one when they left Rouen, following his father’s professional development in Dijon, and then followed to Bordeaux in 2005, where he started his footballing career. 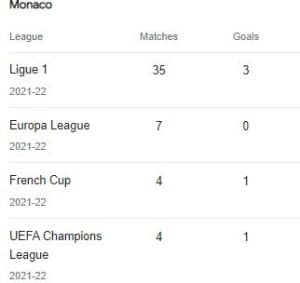 This Cameroonian descent young gun made his debut for Bordeaux against FK Ventspils in a 1–0 UEFA Europa League away win. He scored his first senior club level goal versus Mariupol on 09 August 2018.

Tchouaméni signed a four-and-a-half-year deal with Ligue 1 side Monaco on 29 January 2020. Since he arrived at Monaco he has improved himself a lot and was a key factor in Monaco’s impressive late resurrection both this season and last to secure third place in the league.

Tchouameni playing style makes him very difficult to handle for the opposition, the youngster’s counter-pressing is remarkable and he’s a keen chaser of the ball. he is often in good positions to quickly clasp onto loose balls and clearances.

The biggest foe in his playing style is his lack of concentration. Tchouaméni’s lack of awareness lets him down more than anything.

Branded as one of the most exciting prospects in French football since his breakout at Bordeaux, the 22 years old French international is set to join Los Blancos on a five years deal, with a reported fee of a whopping €80millions excluding bonuses.

Aurelien Tchouameni Net worth is estimated to be around five million euros, which is equal to 4.1 million pounds. Aurélien Tchouameni earned £19,000 per week, and £988,000 per year playing for AS Monaco but the youngster will be earning much more after his reported 80 million euro transfer to Real Madrid on a five-year-long contract. 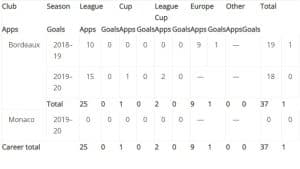 The Cameroon-born received his first call for the French senior squad on 26 august 2021. He made his French international debut in September 2021, in a 2022 FIFA World Cup qualifying game against Bosnia and Herzegovina.

Tchouaméni scored his first French international goal against Ivory Coast in a friendly on 25 March 2022.

AURELIEN TCHOUAMENI has not revealed any information regarding his past affairs and present relationships. So, as of 2022, he is supposedly enjoying his single life.